Cool, can't wait to see them.

I also did a couple, using the head from that Padawan from the Disney set, and the little blonde girl w/pigtails from Spy kids.

AaylaSecurasMan said:
So I added 2 more younglins/padawans to my display (pics to come). I swapped Zett Jukassa's head with Anakin's head and painted their outfits dark brown, painted Jukassa's hair black, snapped the helmet over Anakin;s head (now in Jukassa's body) so his familiar face is concealed :grin:
Click to expand...

Sorry, not a very good pic, but you get the idea

Thanks, MF, on the Spy Kids tip. I'll have to look into those.

Finally got around to play with this figure and was surprised at how nice it is.

Pretty good looking padawan Anakin figure. Good figure to use for extended universe missions like doing some made up missions with little Ani and Obi Wan doing diplomatic jobs or whatever

GonkSeries said:
Pretty good looking padawan Anakin figure. Good figure to use for extended universe missions like doing some made up missions with little Ani and Obi Wan doing diplomatic jobs or whatever
Click to expand...

Welcome back Shutzie!, wow your ability to create multiple accounts is amazing :|
M

Several years ago, I cut up a robe and made it to fit Even Piell so that he can sit in his Jedi Council chair; originally I made it for the 2003-2004 SAGA "realistic" version, because he couldn't sit unless you totally stripped him of his hard rubber robe entirely, which made the figure look awful(not that it wasn't bad enough to begin with, lol). But I've since passed that short soft goods robe down to the CW version of Even, as he is much better suited to sit in a council chair than the original version anyhow.

Thus, decided to do the same for this Anakin figure, so he can have a soft goods robe to move in. It's quite a tedious process and sometimes comes out a little too bulky if you don't use the correct material robe, but if you have the ability to sew something small(or maybe have someone that can help you sew it), I would suggest trying it out. I guarantee you that you will like this figure 10 times better than you do now. With having BOTH a soft goods and hard rubber, hood-up Robert you have the EpI version still in hand), I consider this the definitive EpI Anakin Padawan. 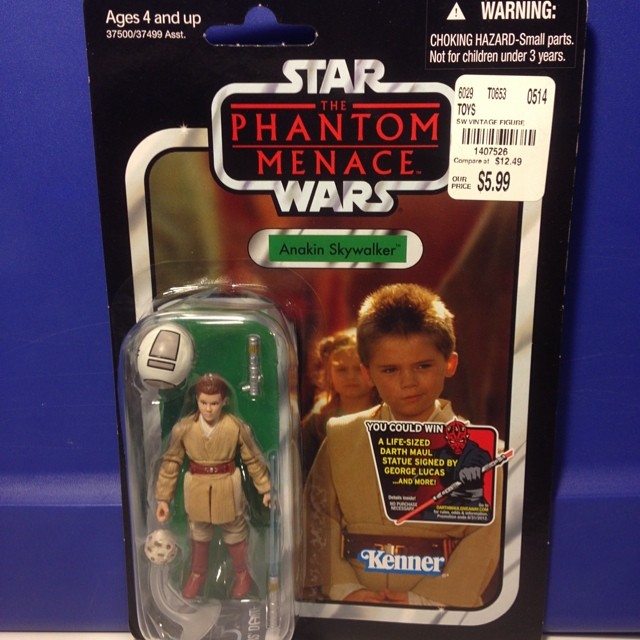 Star Wars-The Vintage Collection-Anakin Skywalker-VC80 by SacredKnightOfTomorrow, on Flickr
got mine. I think I saw this same figure for cheaper at the FIVE BELOW last year, but I didn't care for them as much then.

Yeah, I've gotten a couple around $3-5. He's great for Padawan Customs! I just wish that Hasbro could see the repaint opportunities with him, for some possible multipacks. Like The Younglings form ROTS, or even a few from TCW!

Definitely not one I ever would’ve expected to get a re-release. But I’m grateful because he’s missing from my collection and he has some high prices on the secondary market!

What an atrocious repack choice. Who on earth is picking these?

Decarbonited said:
What an atrocious repack choice. Who on earth is picking these?
Click to expand...

You can customize him into more Younglins!

Decarbonited said:
What an atrocious repack choice. Who on earth is picking these?
Click to expand...

I'm pretty happy with it, can't afford to buy the OG so this is a good opportunity for me, 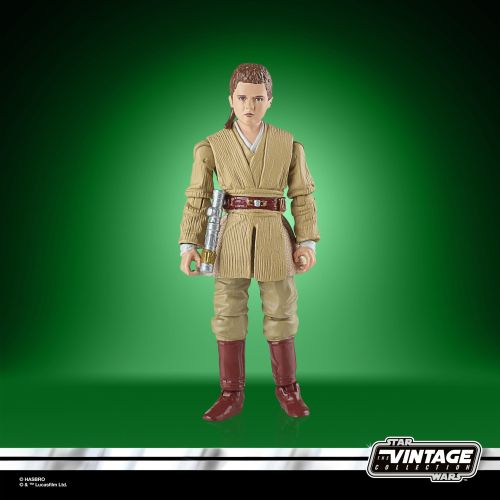 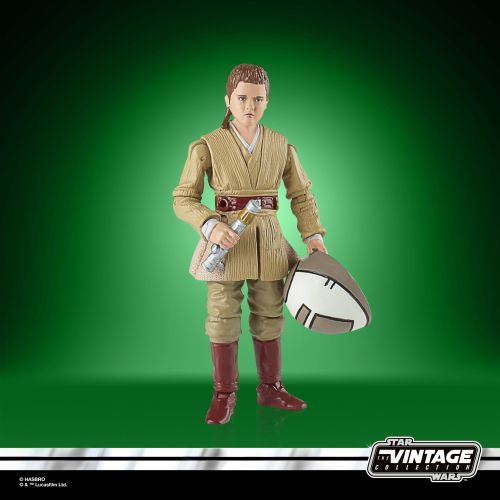 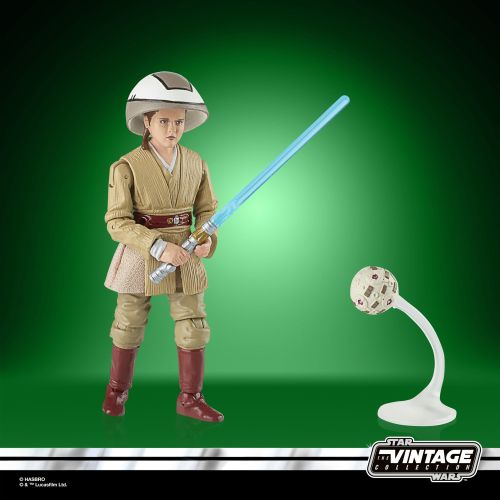 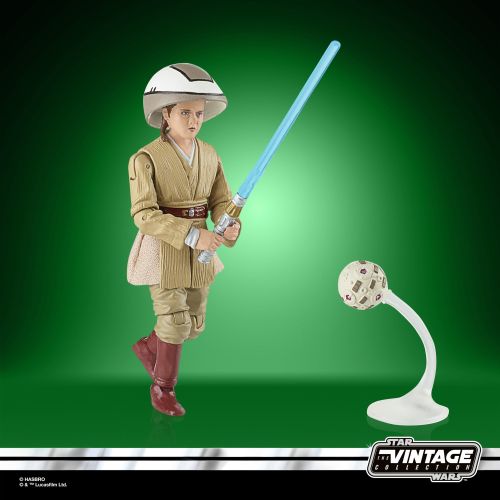 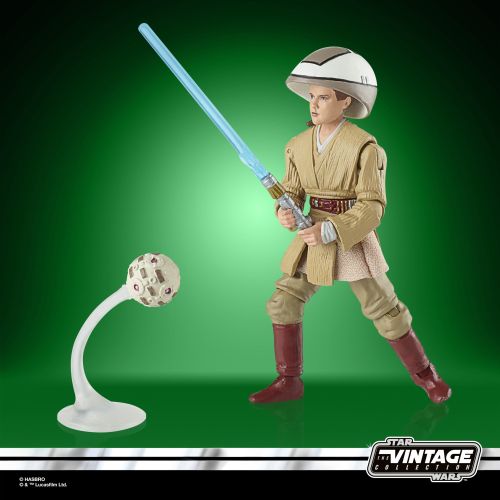 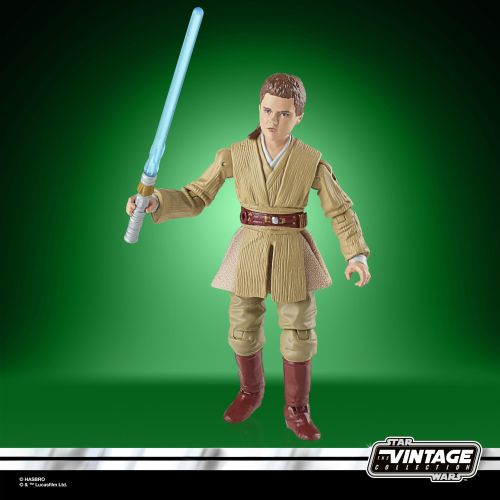 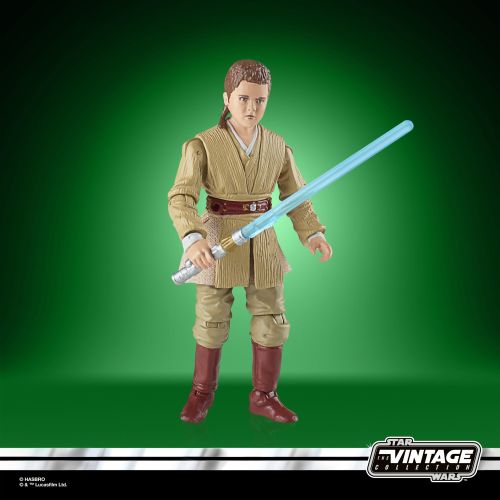 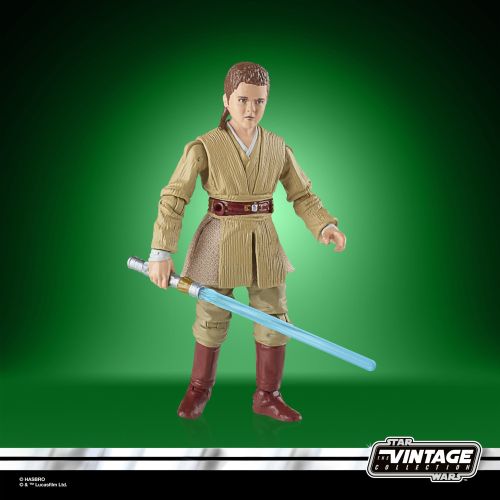 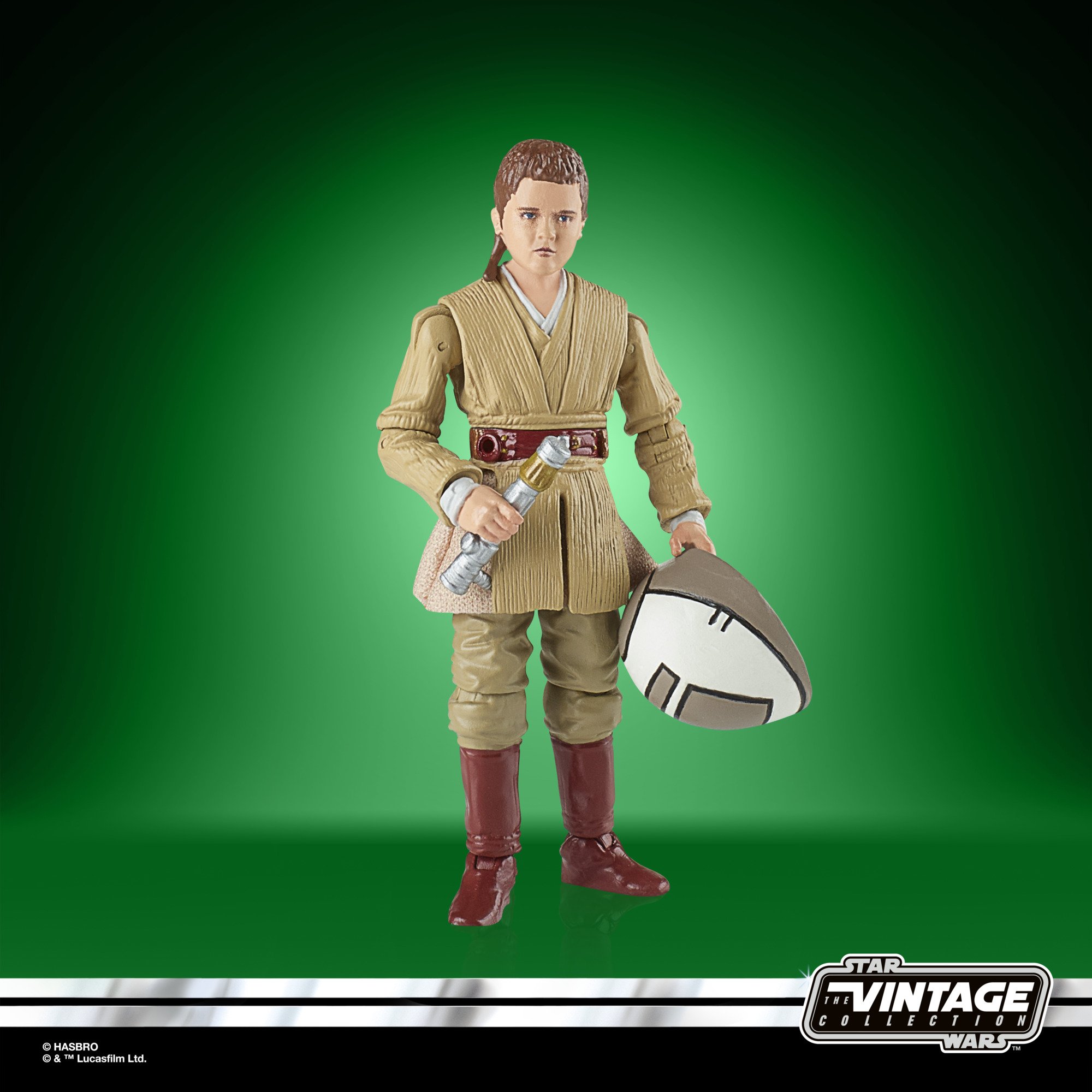 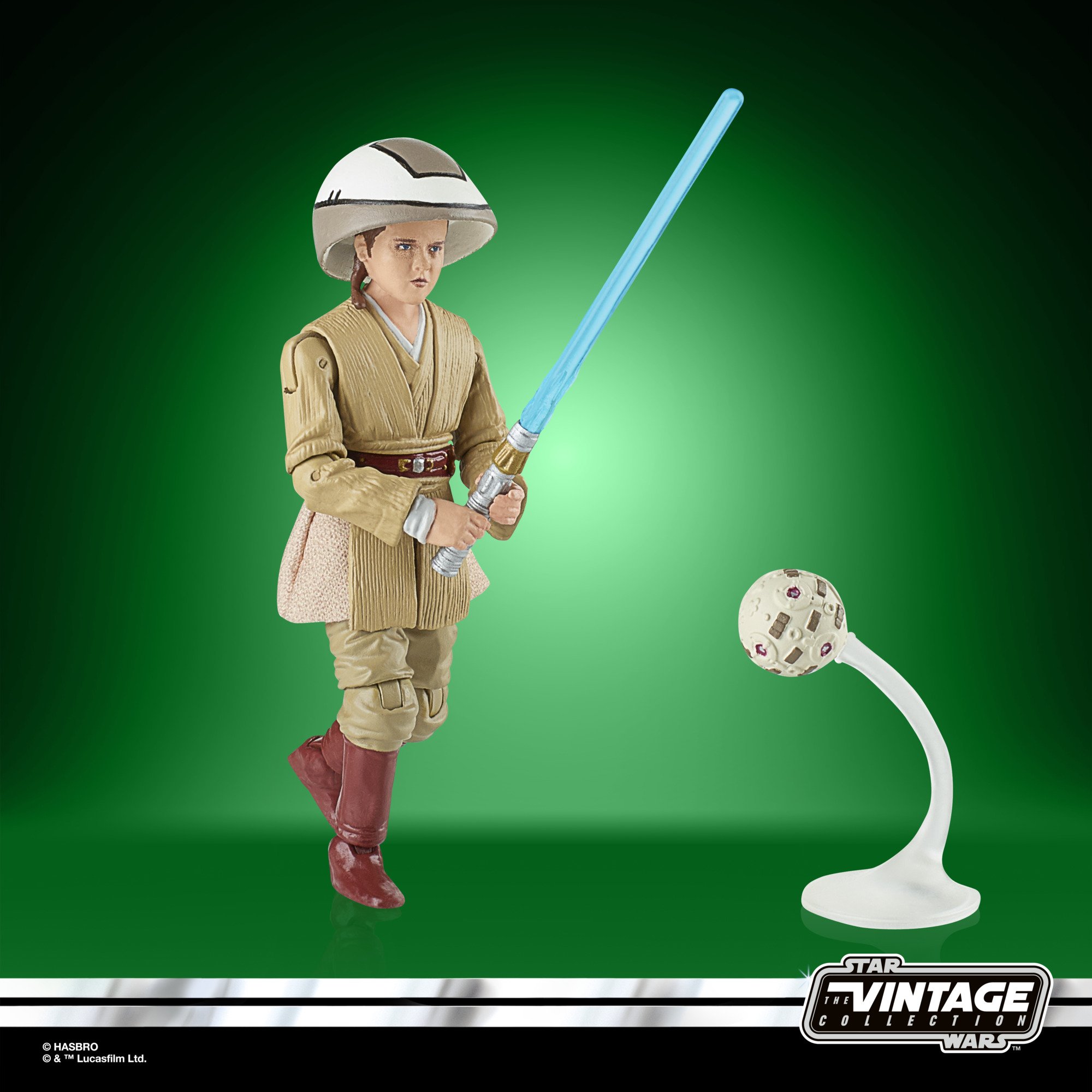 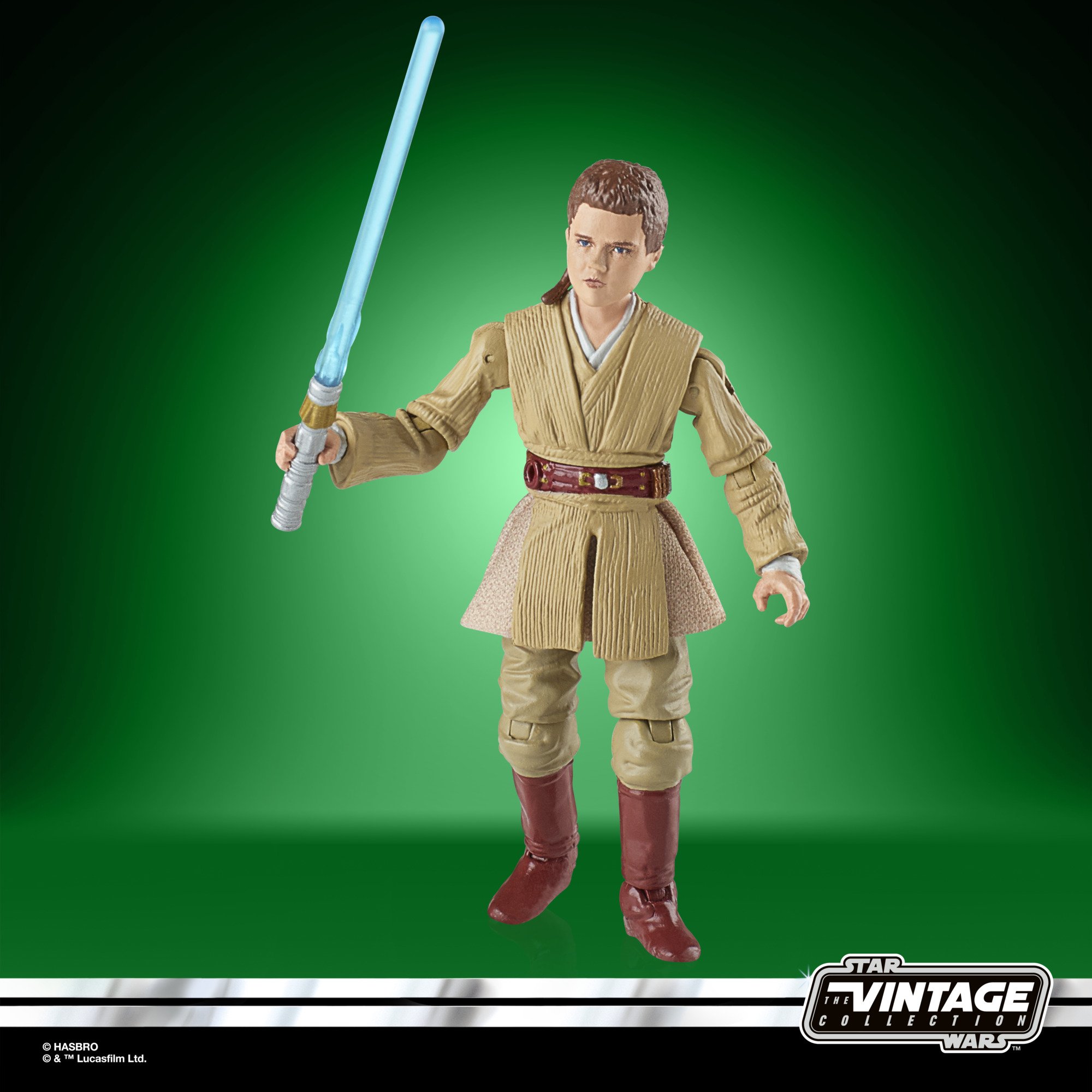 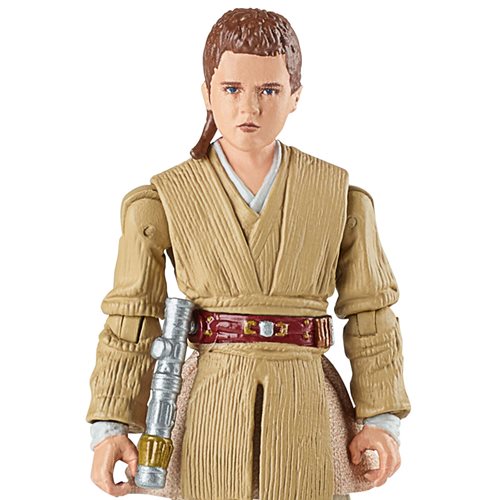 Anakin Skywalker had potential to become a most powerful Jedi. He was believed by some to be the Chosen One, but had a fear of loss that proved to be his downfallCelebrate the legacy of Star Wars, the action-and-adventure-packed space saga from a galaxy far, far away, with premium 3.75-inch... 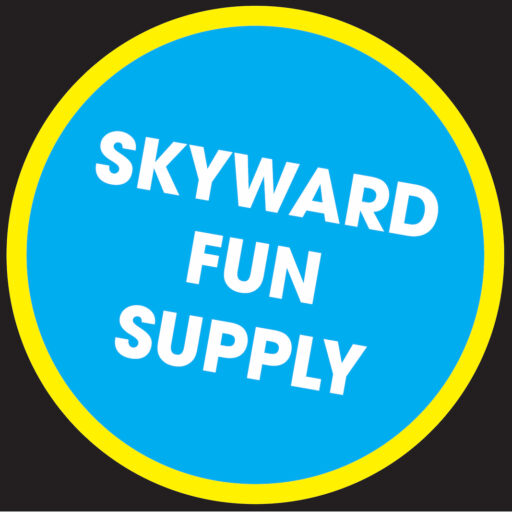 ANAKIN SKYWALKER: Anakin had the potential to become one of the most powerful Jedi ever. He was believed by some to be the Chosen One, but also had a fear of loss that would prove to be his downfall VINTAGE-INSPIRED PACKAGING: Star Wars The Vintage Collection 3.75-inch scale classic Star Wars...

Did they mention anything about using thicker card stock for these VC releases?

Mike_Sidious said:
Did they mention anything about using thicker card stock for these VC releases?
Click to expand...

As Patrick mentioned in the July Brand Team Q&As, they are moving toward a thicker card stock for all Retro & TVC starting later this year and possibly into next. Since these new TVC reveals won't arrive until August, I can't imagine them not having the thicker cards.

Most bizarre choice to reissue, not sure anyone was truely asking for it But I suppose it’s good to get an Anakin back on the shelves.

I agree on a unusual choice.

There are a number of TVC collectors out there, that are new to the hobby. If you've seen some of the insane prices of TVC in 2021, you would be shocked.
T

Mike_Sidious said:
There are a number of TVC collectors out there, that are new to the hobby. If you've seen some of the insane prices of TVC in 2021, you would be shocked.
Click to expand...

I was taking a break from collecting during the height of TVC and TLC, so I am grateful for a lot of these repaints and repacks.

I was jobless for about six months back in those days and while l never missed out on any figures, l do regret not being able to pick up the Hoth VC AT-AT MIMB. That and the Republic Gunship haunt me to this very day.

GNT said:
Most bizarre choice to reissue, not sure anyone was truely asking for it But I suppose it’s good to get an Anakin back on the shelves.
Click to expand...

I agree, I wonder what their estimate is for new collectors that are out there and interested in buying these? Likewise, I've always wondered how many MOC collectors are buying duplicates of figures that they already own carded, in order to get these slight updates. Personally, I don't think the deco on this one is an improvement.

I will buy any and all releases/reissues from the Lucas era.

But didn't you say that you despise the Prequels? lol

I hear ya though, there are several Jedi I wouldn't mind them reissuing, Anakin simply isn't one of them because I bought so many for custom fodder. Not that they shouldn't as other people may actually want him out again, I'll simply pass. The thing is, I feel we're only seeing these three because they were in TVC once before, but I doubt we'll see any of the great ones from TLC. Speaking of we've got to be nearing completion of seeing TVC repacks into TVC 2.0 right?

Carded press image for the reissue has turned up. 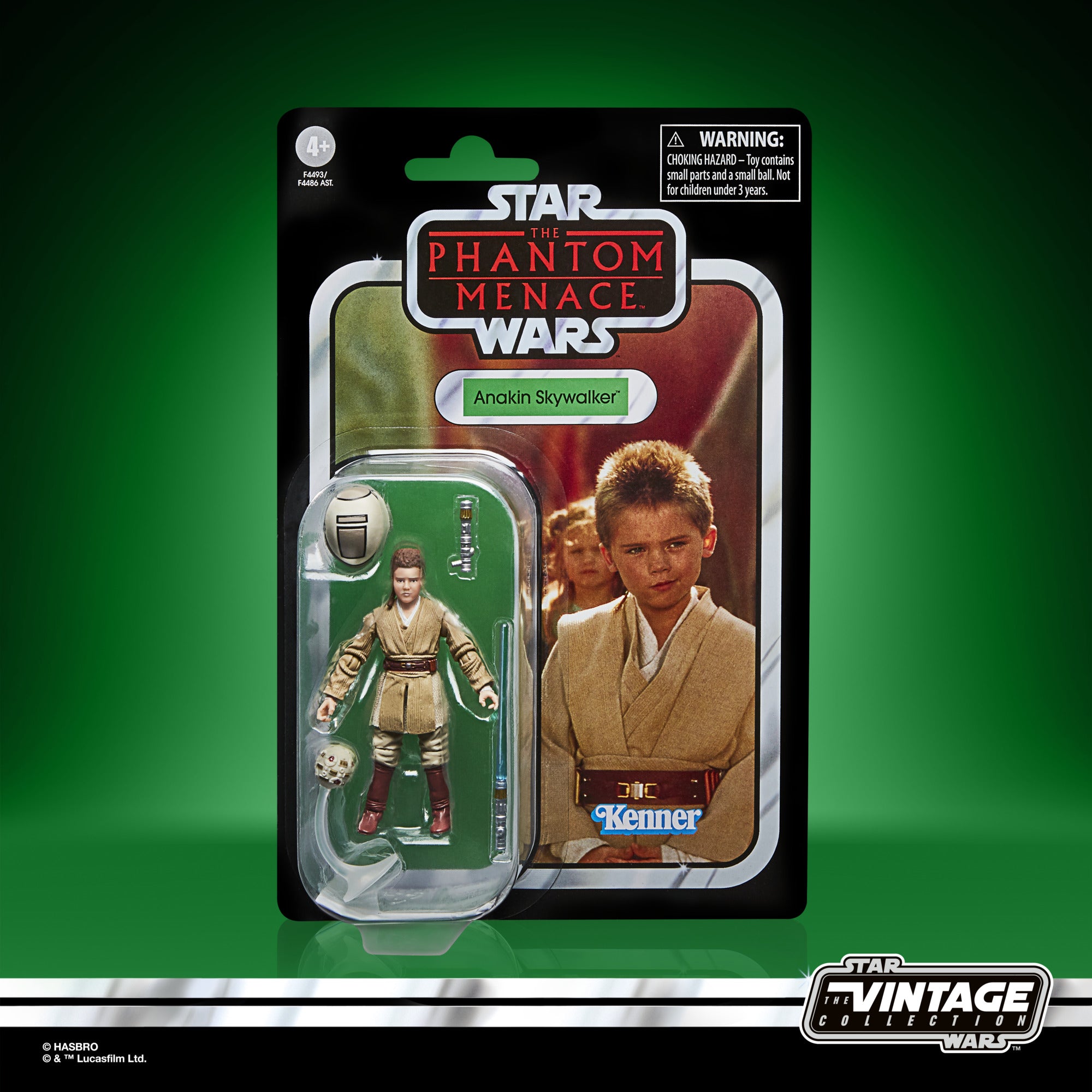 I might pick it up for the lulz if I see it on the pegs or something. That head sculpt, though. Oof! I don't know who that figure is supposed to resemble, but it ain't young Anakin that's for sure. 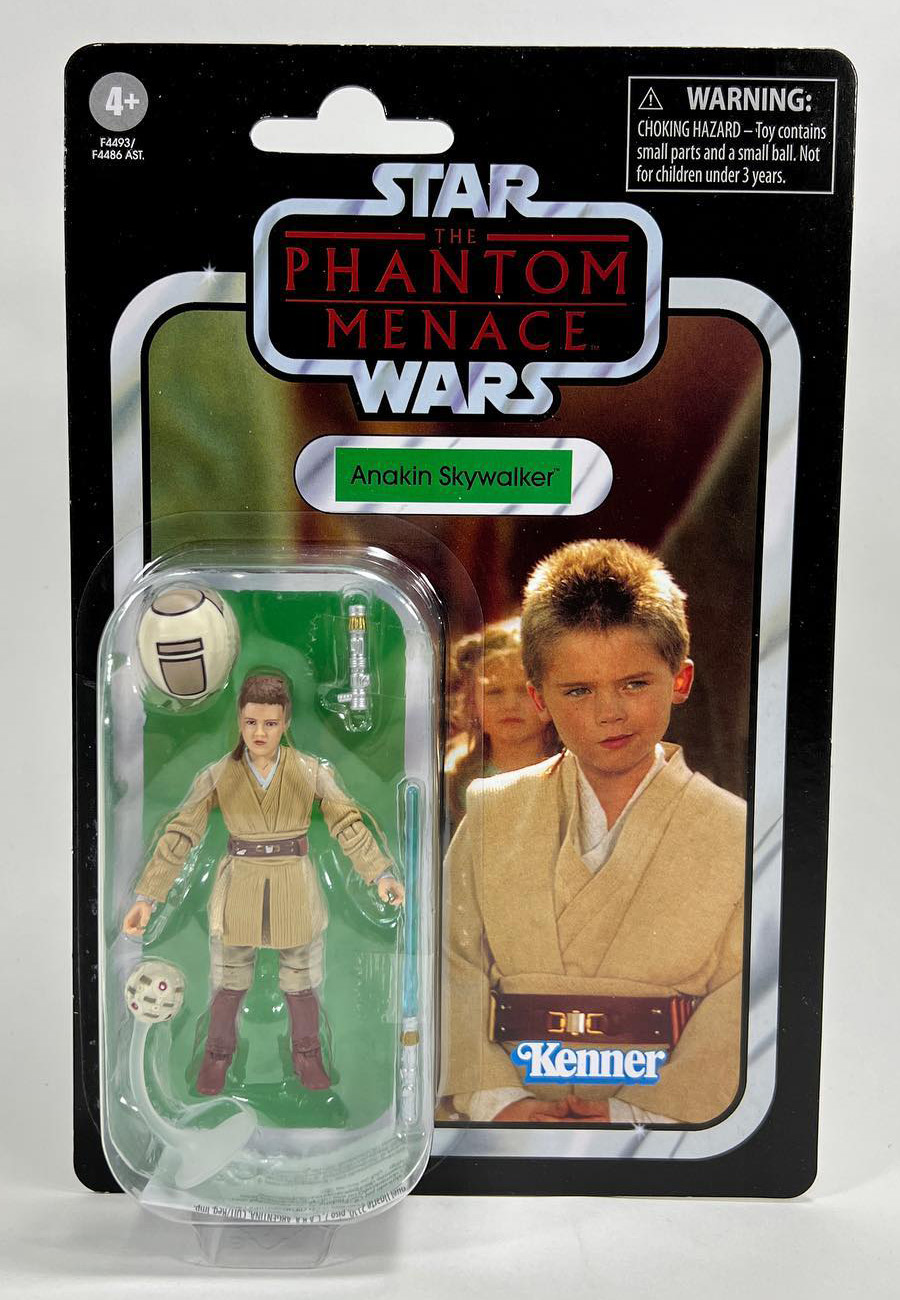 Just notified by Amazon that my Anakin shipped, and will arrive tomorrow. No word on Obi-Wan, Mace, etc.

They are out there. I've seen the wave on Ebay from US sellers for a week or two now.

Etain said:
My Ahsokas have shipped.
Click to expand...

Ahh! Congrats. I will keep an eye out for my notification, then!

www.entertainmentearth.com
You must log in or register to reply here.

The Padawan Becomes The Master In The New Statue By Iron Studios!