While out and about today, I scored the Neca 85 Godzilla for $11. A place called Go had everything 50% off so I had to get him. Also scored a VC Barriss Offee I needed for $6.

I'm a bit pissed that SHMA Biollante isn't gonna be $230 anymore. Apparently Amazon is permanently out of stock of her and I was waiting for my taxes next year. I just can't pay $450 and above for her and feel right about it. My collection might forever be incomplete.

Picked up the 85 and 94 NECA Godzilla's at TRU in South Elgin, Illinois over the holidays. Solid figures! Can't wait to add the 54 and Burning G to my collection.

I'm REALLY digging this line and those two look like great additions! While the X-Plus/RIC Boy vinyls and S.H.MonsterArts are arguably some of the finest high-end Godzilla merchandise on the market, my props have to go to NECA for producing some great looking, and extremely affordable, Godzilla toys and collectibles for fans, kids, and collectors alike. Kudos NECA!!! - YOU KEEP MAKIN' 'EM AND I'LL KEEP BUYIN' 'EM!!!!

I like the 54 one but it's a little too early in this line for a gratuitous repaint like 'Burning' Godzilla...

I see your point but he'll be my first Burning G, so I'm pretty geeked for it. How is it I'm just finding out about these Neca Godzilla's now!?! Where is everybody finding these? I've never seen these before.

jedicrippler said:
TRU. New one, 1985 & vs. SpaceG versions have been out for quite awhile.
Click to expand...

Thanks I'll keep my eyes peeled next time I go there. Just 3 out so far? When did this line start?

Got 1954 NECA Godzilla today, this thing is just incredible. If Tamashii made a SHMA version I don't know if it even be worth to pick up, there's just no more room for improvement this toy is perfect.
S

I totally agree with you on the 54 Godzilla, just awesomeness!

Thinking about grabbing another to paint in "color"

Next SHMA release...GMK Godzilla! no effects and a steep price of $82.99

Any rumblings or rumors about where NECA intends to go next with their Godzilla 12" Head-to-Tail line? I've got all four so far and eagerly await the next incarnation of the big G, or any G-related monster for that matter. This seems like such a perfect scale to satisfy diehard as well as casual collectors - that '54 G proves that NECA's game is golden! I'd love to see Anquirus, Rodan, Gigan, Ghidra, etc added to this line but, at the rate of 1 figure per year.... I'm kinda losing faith.

I heard the next NECA godzilla is from the 60's. You can blame toho for it being so slow.

SHMA has revealed 1954 Godzilla, due in July. 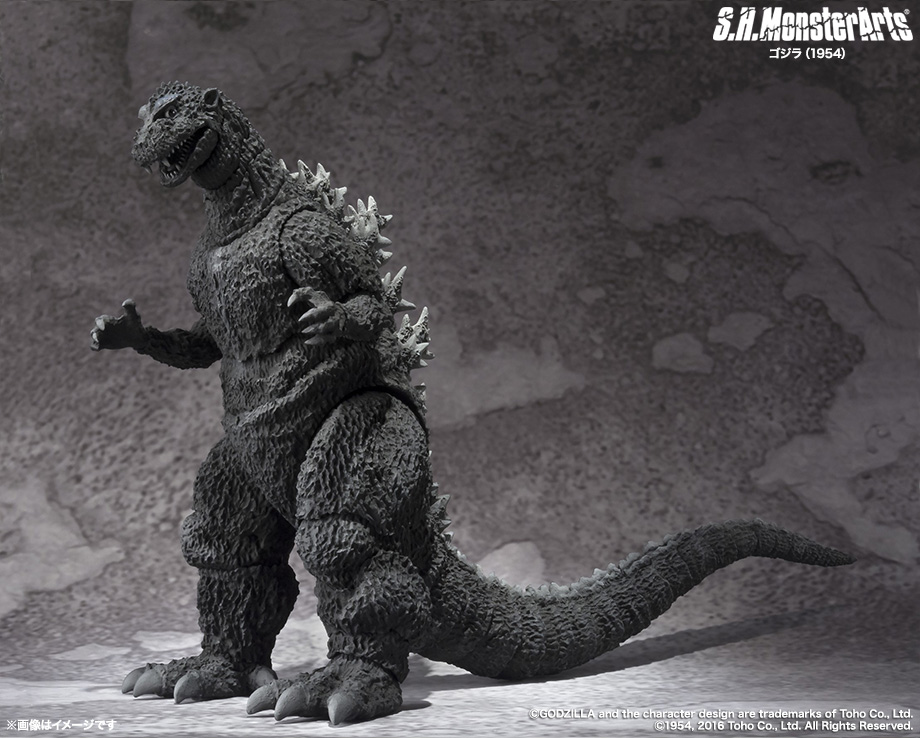 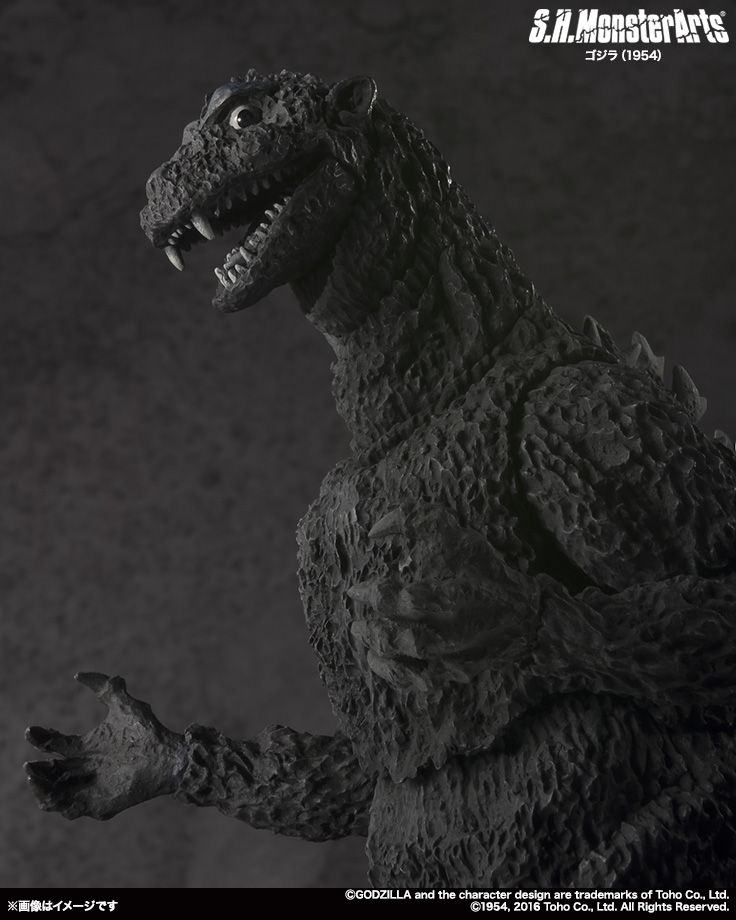 Thanks Wishing_Well. I'm okay with any G's I can get but I'd have preferred the 70's "good guy" era Godzilla, given those were the films I grew up on as a boy.

​Looking forward to the NECA Godzilla from Giant Monsters All Out Attack. Hy, does anyone still have access to the NECA Godzilla 2001 version? I feel like I saw them at TRU as recently as January but they disappeared before I could grab one...

I got Shin Godzilla, it's pretty cool! Such a scary design...

Here's most of my Godzilla collection. I have a Bandi Ghidrah and couple more Bandi Godzilla in boxes somewhere and possibly a few Yujin figures somewhere.

The small single colored rubber ones are from a quarter vending machine. I think from the 80's. They have stamps on their base. Most of them are Yujin but some are from random brands. Quite a few were bought in Japan, Korea and Thailand. I think I have most of the monsters represented.
The Shin Godzilla (Stages 2-4) are are among my more recent purchases.
I love the design of Battla's 2 forms, as well as Megarious and Hedora. My favorites are Megalon, Gigan and Jet Jaguar. I remember watching them on the Saturday Creature Feature matinee.

I forgot to add the yellow beta-beast(?) that I made. He's from the Marvel comics. I've always intended to make the other 2, as well as the one on the moon, also from the comics.
You must log in or register to reply here.
Share:
Facebook Twitter Pinterest Email Link
Top