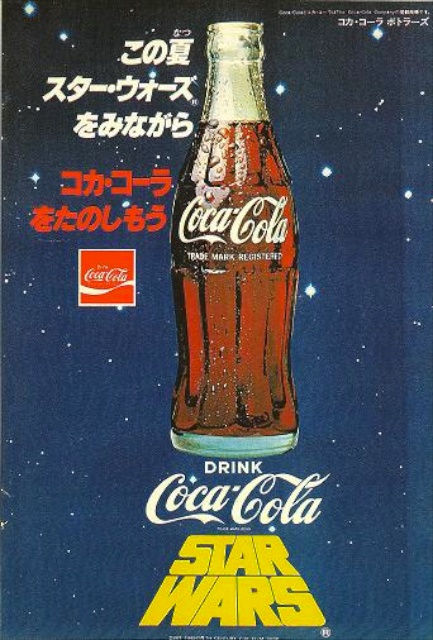 As many of you know already, 1978 there was a Coke Star Wars Campaign in Japan. 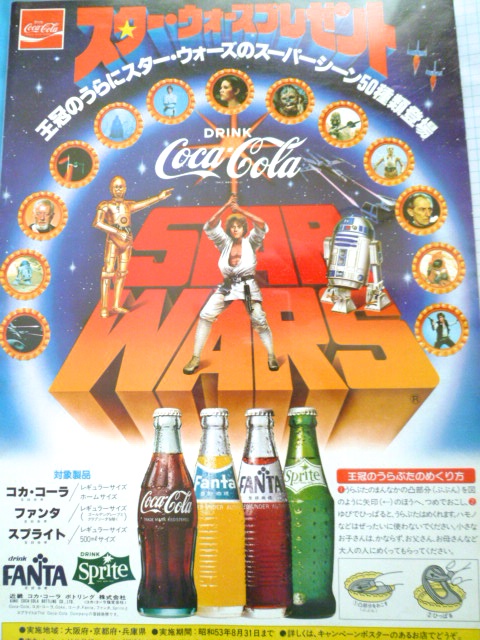 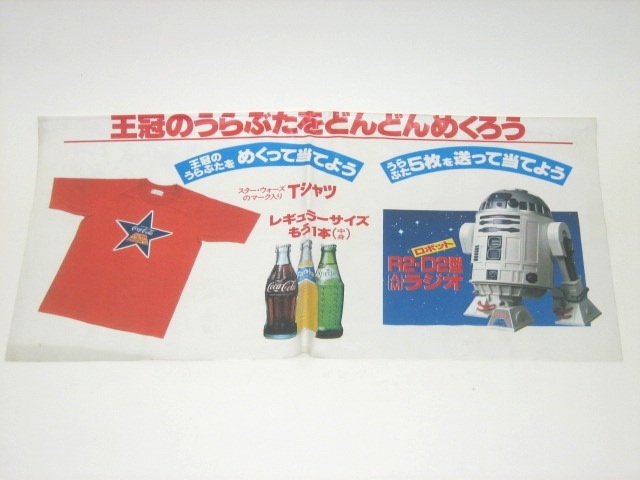 When I was kid, I've got duped with this Campaign, Dreamt about winning the R2-D2 Coca-Cola Radio.
Forgot about health risk, drunk like crazy...

But you know, my dream was chattered, and someone else was won, I guess my bad luck started here.

When I grow up, revenge was began. was easy, at the toy show I bought full set of bottle CAPS with display board and I found a radio at Toyshop magazine. Done. 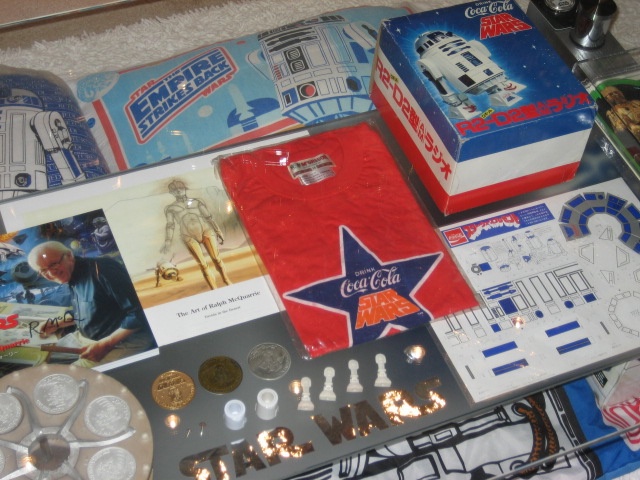 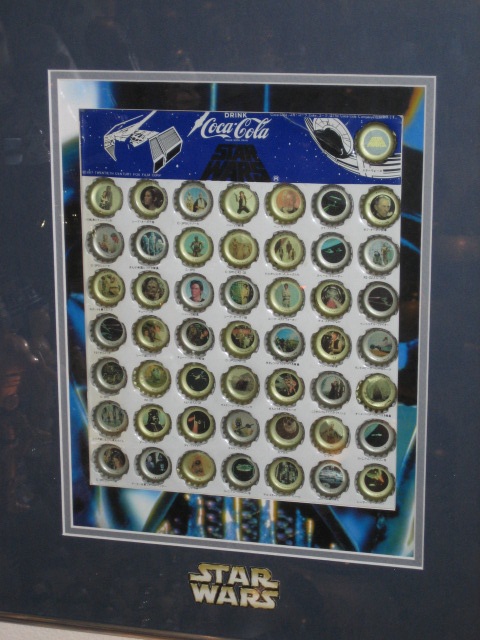 Since then many years passed.

"Collecting one of each of the 50 basic images is an achievable goal, as long as you don't care that they are a mix of Coca-Cola, Sprite, and the various flavors of Fanta.
I believe that there are 7 types of winner caps (cash of JPY 10, 50, 100, or 500; free coke; t-shirt; and AM Radio).
All of these are really tough. The plastic tray to store/display the caps and the paper R2 holder to hold the loose caps are also really tough finds.

The major flavor variations are: 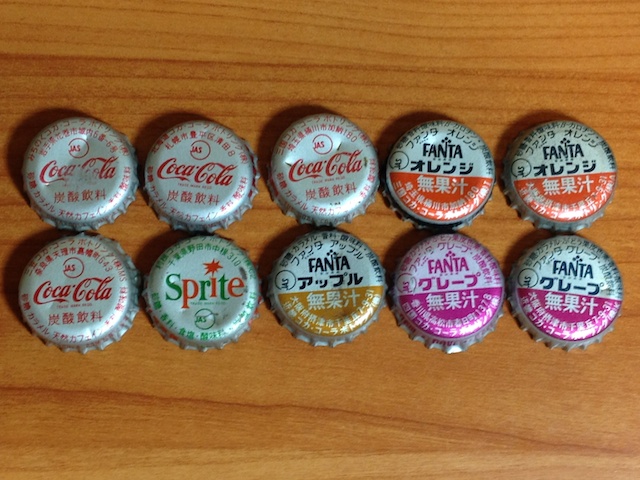 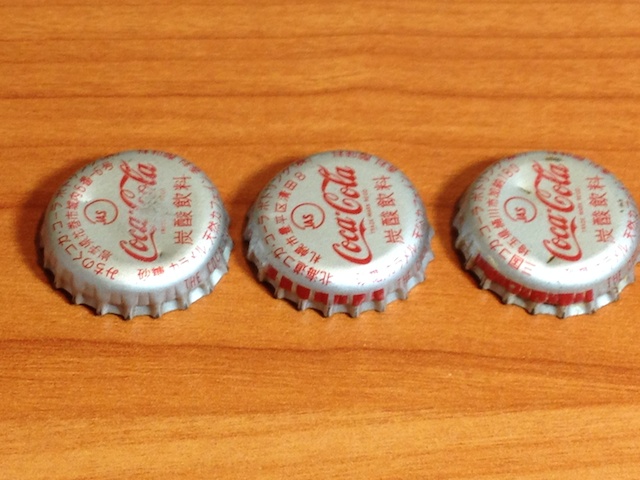 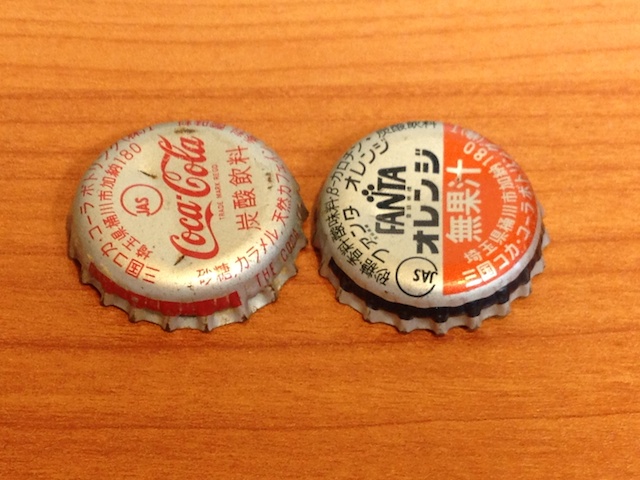 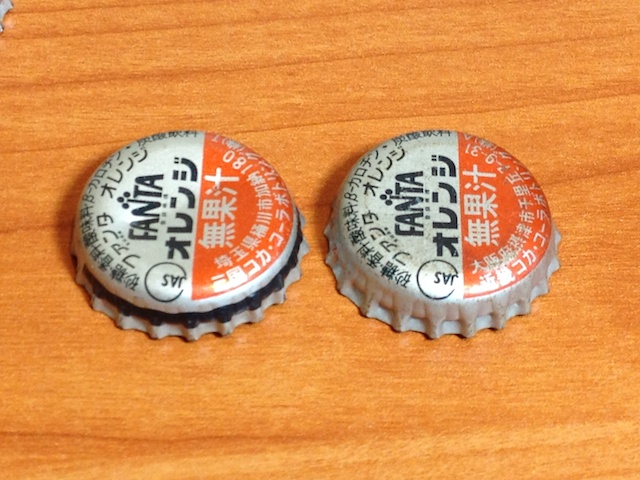 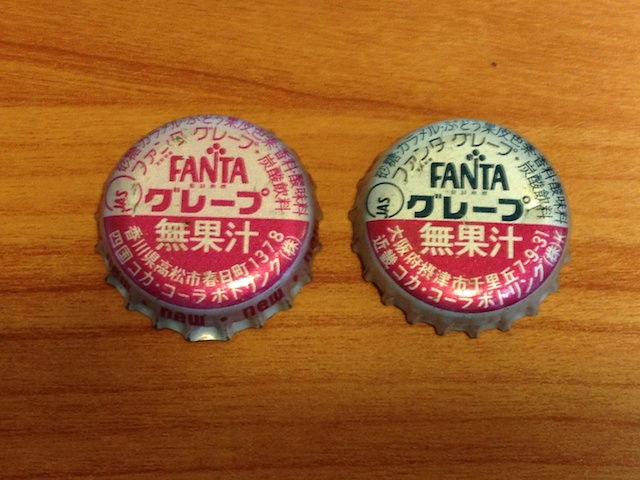 some more interesting ("new new new..." around the edge of some of the Fanta Grape caps). 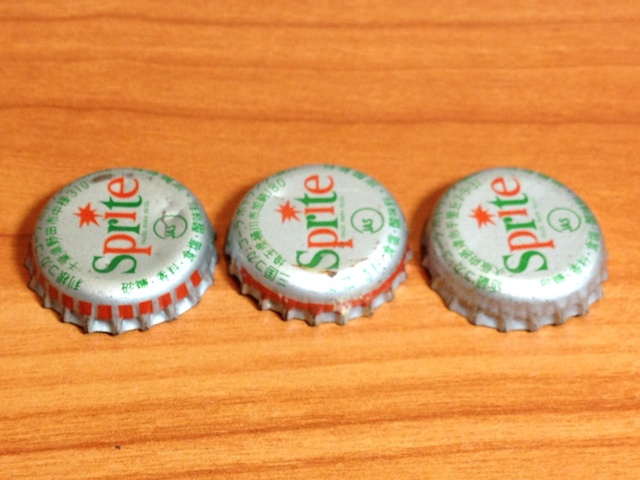 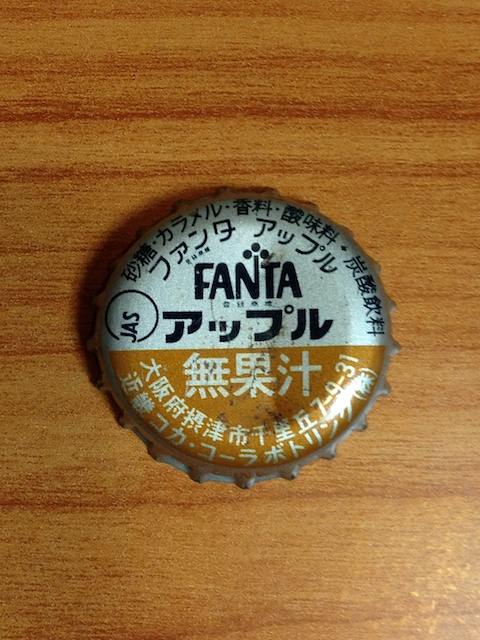 Beyond the major flavor variations, there are tons of variations of the tops of the caps,
some minor (letter and number differences) and 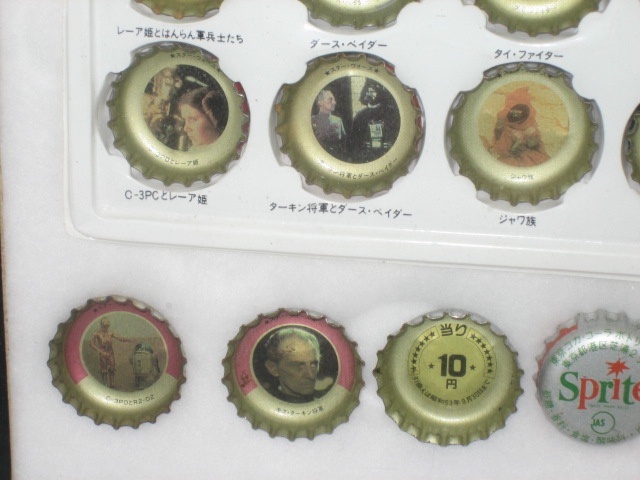 Then there are the images with the pink circles. 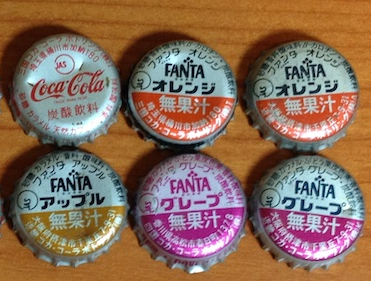 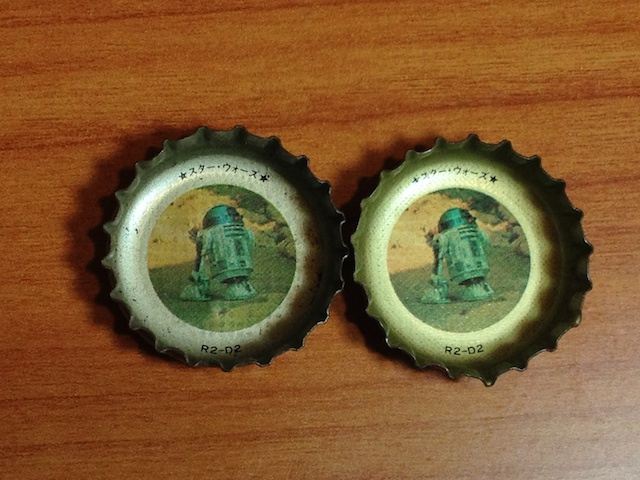 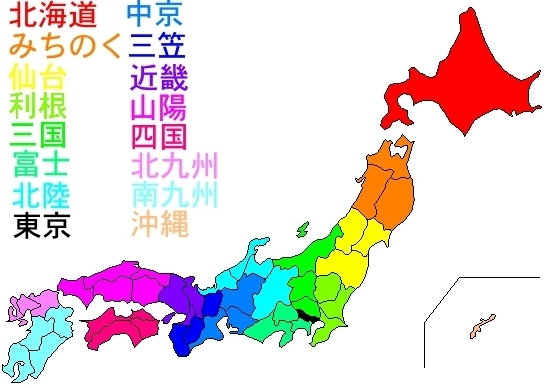 
Each cap does have address on the top of the caps. You can identified which prefecture your cap was came from.
Long time period, bottlers are merging, changing their name, building strong relation with their sales areas.
Now number of the bottlers are small, but getting bigger everyday. Right now Kyushu areas are restructuring.

One single Coke cap has 2 deferent colors, 3 deferent design of the cap rims, 17 deferent bottlers addresses on the top of the caps.
I am not good with math but simply multiplies.. variations are endless…..
Then we have 6 deffrent flavors….

Now, guys are in Japan asking me to find a missing caps.

They gave me a list what they are looking for, I start trading some of my caps, if you are interested, please join me.

I might have caps what you are looking for.

It took me quite a while to complete my set and I quickly noticed all of the variations. Your information is greatly appreciated and the pictures are phenomenal.

PS - I'd love to have one of the trays to display them in or any of the posters/advertisements.
Last edited: Jan 17, 2015

Mostly they are looking for a FANTA APPLE caps.

If you do not mind exchange for your Fanta to my any caps (Same photo but deferent flavor caps) ? Please PM me. I can give you an extra caps too!!

Thank you so much.

This is my collection. 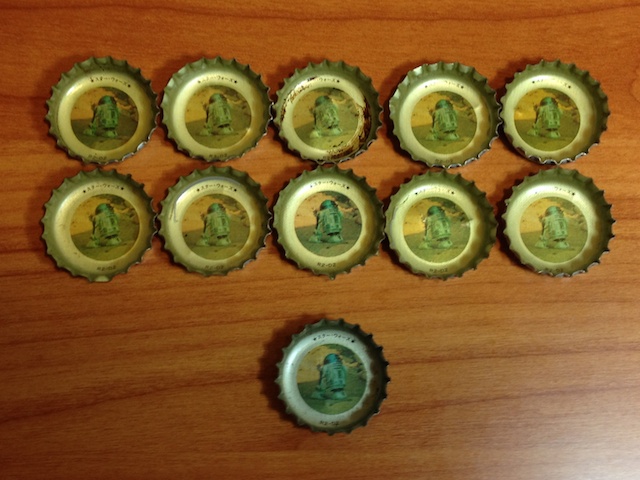 Great research, thanks for sharing!
P

Wow what a cool focus
R

I like the looks a the Storm trooper one in the second row,left side.It's the first time I've seen these,very cool.

Now is my question, there is a bottler (bottom of the list) called

Japanese writing on the top of the bottle cap

"沖縄コカ・コーラボトリング（株）" and their address too.

Does anyone has those caps?

Please check yours and let me know.

Also anyone has extra Apple caps? I would like to buy them.

Thank you in advance.

Yes, I can Trade with any caps.
Thank you. 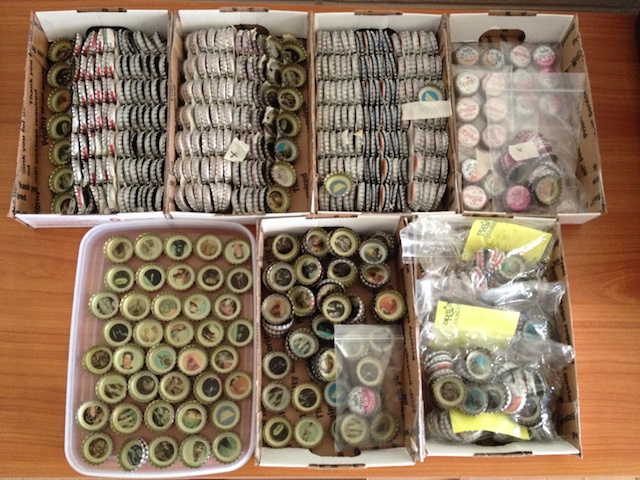 Great stuff Toru - fantastic info. I love that display board.

i thought about collecting these a few times - please don't get me hooked!
Last edited: Jan 25, 2015
J

Hi I LOVE these caps and have looked for the display board for years...i will dig up the caps i have to trade and let ya know...Curt
J

Fantastic information Toru! Thank you for sharing here and for all of the help that you have given me.

Awesome pictures and information. Thank you very much for taking the time to post this.
P

Toru_Komuro said:
Yes, I can Trade with any caps.
Thank you.

WOW that is some collection it must have taken years to grab all those.
L

Toru, please help me finish my collection. Just sent you a PM.
thanks and congrats. For me, it’s one of the most beautiful premium collections ever
You must log in or register to reply here.
Share:
Facebook Twitter Pinterest Email Link
Top